The reporter asked how this black man who was born a slave had acquired 300 acres and sent all eight of his children to college. Lytle’s short honest answer: "By hard work."

But he could not leave it at that. Lytle, who was 56, and by all accounts a smart business man, humbly added, “My white friends have trusted me and helped me and I have sought to justify their confidence.”

In this article and in others I've found, it's clear that my ancestor and other black farming families had to work hard to make white people feel comfortable and to convince them that they were worthy of all they had earned.

Lytle came into this world as someone’s property, was taken from his mother, Mary, and sold off to another plantation. He was 10 when he was emancipated, and Mary reclaimed him. He had to have known of the Colored Farmers Alliance formed in the late 1880s, and the violent opposition it faced from white farmers who felt threatened.

He understood who and what he was up against.

Nevertheless, he and his colleagues organized anyway. They held conferences and farming workshops at black colleges in Charlotte and Raleigh. They hosted "colored fairs," shared ideas, worked together and looked out for each other, all the while being careful not to step too far ahead.

At one meeting of the Negro Farmers' Union the guest speaker urged the audience "to be cool and quiet" and to stick to their jobs and make friends with their white neighbors "by sober and industrious conduct." The Charlotte Observer reported on the meeting on Sept. 5, 1919.

Lytle and the other black farmers in North Carolina walked the fragile tightrope of racism. Many had been enslaved, had seen their families torn apart, had endured Jim Crow laws that were meant to limit opportunity and restrict their every move, and yet, they still had to be humble, be quiet, be cool, and by all means, be friendly, lest they offend their oppressors merely by being successful in spite of it all.

Joseph McGill sleeps overnight in extant slave dwellings, to call attention to the stories of the people who lived there. Learn more about The Slave Dwelling Project.

Posted by Michele Nicole at 10:11 AM No comments: 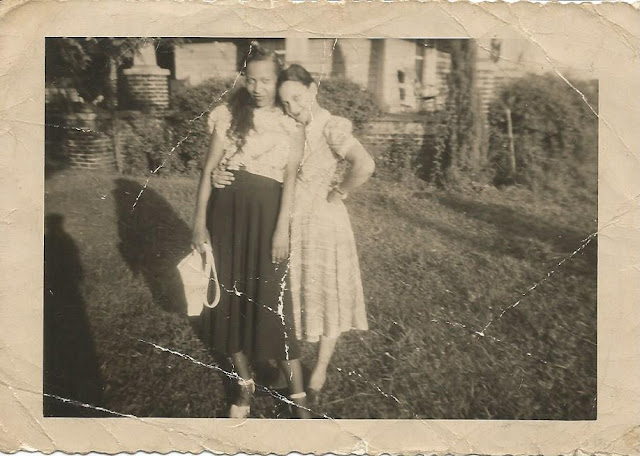 My Grandma Polly (left) is pictured here with her cousin, Dorothy, with her long hair wrapped around Grandma's shoulder. This is one of my favorite photos. It was taken in Mecklenburg County, N.C., at my great-great grandfather's house. I remember Cousin Dorothy visiting from New York when I was a young girl. She drove a cute Volkswagen bug, and Grandma Polly was so excited about her visit. I could tell these cousins loved each other.
Posted by Michele Nicole at 10:51 PM No comments: 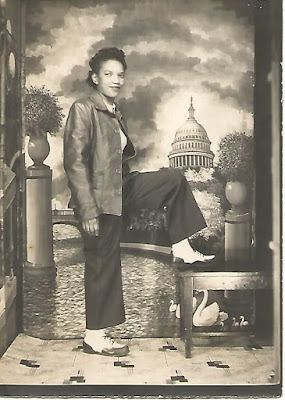 I've inherited hundreds of photographs, and the identities of many of the subjects are a mystery to me. I'll be posting these photos periodically, with the hope that someone will recognize them.

Do you know who this beautiful woman is?

Posted by Michele Nicole Johnson at 11:39 PM No comments:

Descendants of John Frank Lytle (1854-1939) of Mecklenburg County, N.C., can learn more about his incredible life and his home, thanks to Charlotte-Mecklenburg Historic Preservation's website.

Lytle was my great-great grandfather. He was born a slave and became a prominent farmer and businessman in Mecklenburg County.

All of the Lytle children attended college. Two schools were named after the Lytle family -- Lytle's Grove School, which was a Rosenwald School, and the Torrence-Lytle School built in 1937, originally called the Huntersville Colored High School. The original Huntersville Colored School was built prior to 1925 (under Tuskegee), and rebuilt in 1925-26 with matching Rosenwald funds. The first school was organized by John Frank Lytle and Isaiah Dale "Ike" Torrence.

The Frank Lytle house was demolished a few years ago, which broke my heart. I still can't bring myself to drive down that road.

I would love to see photographs of Lytle and other family members if anyone has them to share. I also collect funeral programs.

Posted by Michele Nicole Johnson at 8:05 AM 4 comments: